We are Catching UP...

We had to clear off a bunch of skater before we could clear the snow off. We should switch to 8 pm instead of 7 pm to give the skaters a chance to skate. We will set the timer lights on Thursday night and go to our normal schedule of flooding Monday and Thursdays (Starting this Thursday).

Peter saved the day with his blower, while the rest of managed to scrape around the mob of skaters. 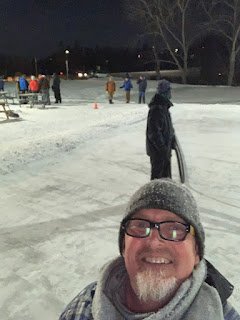 Here is Kurt trying to get the last of the skaters off the ice so we can flood.
Andrew P., John, Craig, Peter, Adrian, Bill (the machine), Special Guest appearance by Kris, and Kurt kept warm by the fire between the 4 coats on each. 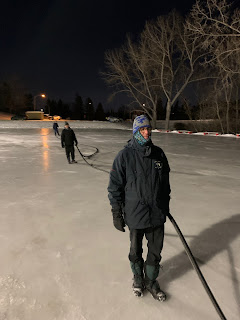 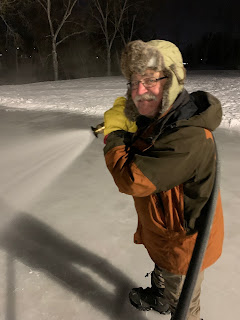 The "master" iceguy Kris has been away, but still has the master touch on the nozzle. 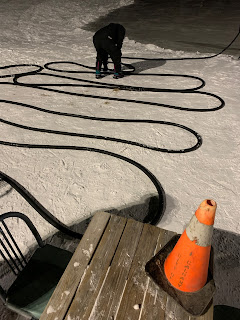 Peter is bent over picking up the hose which is nicely organized ready for a lower flood. 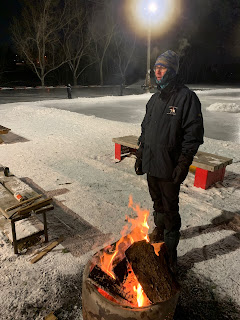 Andrew P. warming up during a shift change. 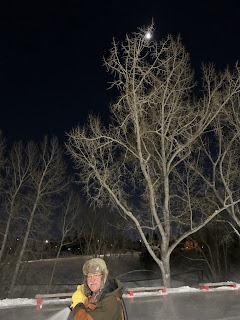 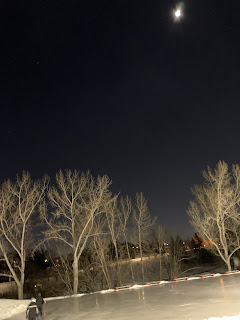 Posted by Kurt Westergard at 6:56 AM

It Tears me Up Whenever we receive complaints from Clients About Their Experience With the Hackers They Met Before They Heard about us.
These Days There Are alot of Hackers Online, You Just Have to Be Careful about who you meet for help, because many people now don't know who to ask for help anymore but there's actually a solution to that which I am giving you for free, Don't go out there seeking for Hackers Yourself, Because the probability of getting a Real Hacker Out there Is Very Slim . ❌❌ ❌ Most Of Them are actually not who they say they're, they are just here to Rip people Off, You Can Always Identify Them With Their False Advertisements and False Testimonies Trying To Lure you Into their Arms, And most of them use yahoomails, gmails and other cheaper email providers which could easily expose their vulnerabilities, Please Don’t Fall For Them🚷 Come To Think Of It, Why would a Legit Hacker Be using a gmail or a cheap email provider that exposes his vulnerabilities????⚠️⚠️⚠️
Well, Our Purpose Here Is To Link You Up With Top Legit Hackers With Great Online Reputations and Impressive LinkedIn Profiles That’ll Blow Your Mind.

☑️ COMPOSITE FIRMWARE SECURITY SPECIALISTS is here to Provide you with The Best Hackers, So you can get saved from The Arms of the Fake Hackers❌❌.


☑️All our Specialists are well experienced in their various niches with Great Skills, Technical Hacking Strategies And Positive Online Reputations And Recommendations🔘
They hail from a proven track record and have cracked even the toughest of barriers to intrude and capture all relevant data needed by our Clients.

We have Digital Forensic Specialists, Certified Ethical Hackers, Software Engineers, Firmware Security Experts, Private investigators and more. Our Goal is to make your digital life secure, safe and hassle free by Linking you Up With these great Professionals such as JACK CABLE, ARNE SWINNEN, SEAN MELIA, DAWID CZAGAN, BEN SADEGHIPOUR And More. These Professionals are Well Reserved Professionals who are always ready to Handle your job with great energy and swift response so that your problems can be solved very quickly.
All You Need to Do is to send us a mail and we’ll Assign any of these specialists to Handle your Job immediately.