It was a normal flood, we scraped and put down one coat on each surface then turned the flow of water down in order to "hydrate" ourselves around the fire. We "hydrated" for about 15 min letting the upper water flood to freeze. To all of our surprise as we got ready to turn on the water flow to give the upper another drink, we realized the water had frozen in the hose. Rookie Mistake!

We tried everything to thaw the "snow cone" plug at the end of the hose. Hot water, hose over the fire, and stepping on the hose to loosen the frozen H2O. Nothing worked. We had to pack it up. We put the hose away with a fair amount of water still in the line.

Note: Make sure there is ample water flow to ensure the hose doesn't freeze.

It looks like we can flood Thursday, but then I think Mother Nature is telling us to put down the hose for the season. We will see. 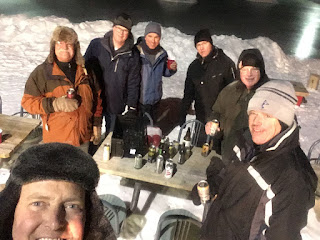 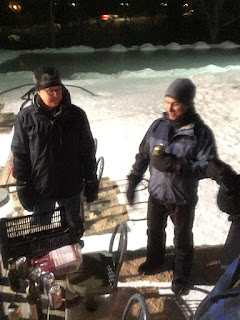 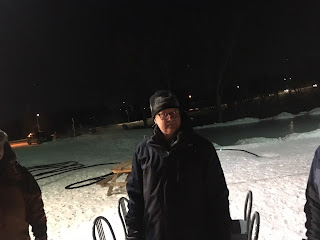 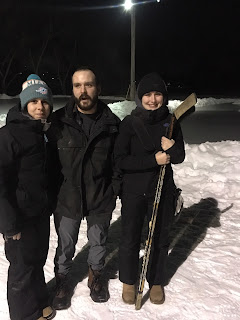 These guys showed up after we put the gear away. They had the rink to themselves and skated after our single coat.

Keeping the hose on the ice,
AND the water flowing! (next time),

Posted by Kurt Westergard at 7:59 AM 4 comments: