We have successfully brought the lower rink back to life. Upper is dead!

The the surgeons that helped to keep the ice alive broke in to two teams. The first team was Peter, Kurt, Bill, Chris, and John. Peter and Kurt got down early to start blowing off the packed down snow from the night before. Then incomes the two specialists, John and Bill. It took the four of them another two hours of prep. Foot by square foot, with shovels sometimes upside down to get off the caked on snow that stuck to the surface. 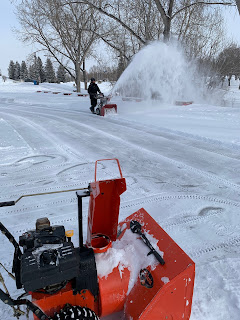 Peter in the background and Kurt blowing off .
We needed to get something to eat after 3 1/2 hours of removing the snow.
Second team arrives at 8 pm.  Like clockwork this team of specialists,, Bill, John, Daniel, Willem, Craig, Chris and Jeff managed the freezing temperatures by the fire and laid down 4 coats of H2O to bring the total this year to 45 coats. 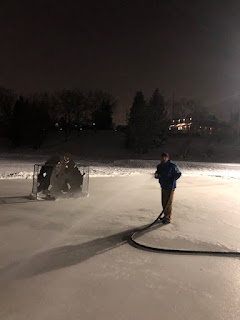 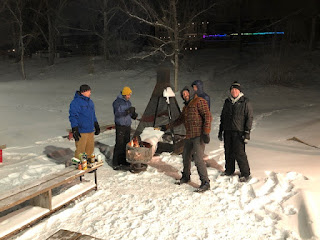 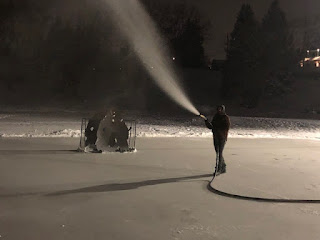 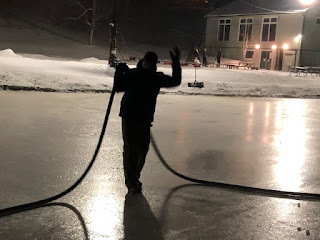 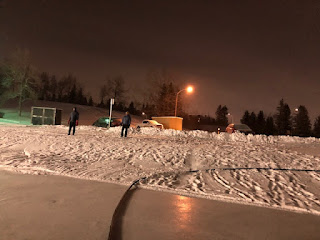 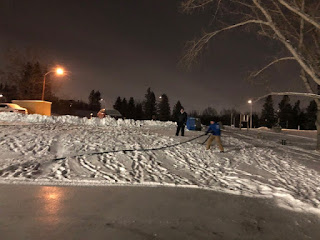 Shinny is supposed to be tonight with 24 kids that last week could not skate because the ice was melting. Tonight it is -25ºC and too cold to skate. CRAZY weather we are having.

They should move the shinny this week to Thursday at -5ºC.

Posted by Kurt Westergard at 7:31 AM