The Resurrection of ICE!

We don't have to start over, but the rinks do need a lot of work.
Last night Ian, Chris, Dave and Kurt were down and worked on resurrecting the sad rinks. We put two coats on each sheet by being careful working around patches of run-off that made parts of the lower rink higher on the east end.

The mini nets on the upper rink are now a permanent fixer in the ice until thaw. They go submerged last week and are embedded to prevent any theft now.

Forecast looks like snow over the weekend and colder temperatures next week. Let's shoot for a big turnout on Monday to really whip the best-ice-in-Calgary into shape again.

Keep the hose on the ice,
Kurt 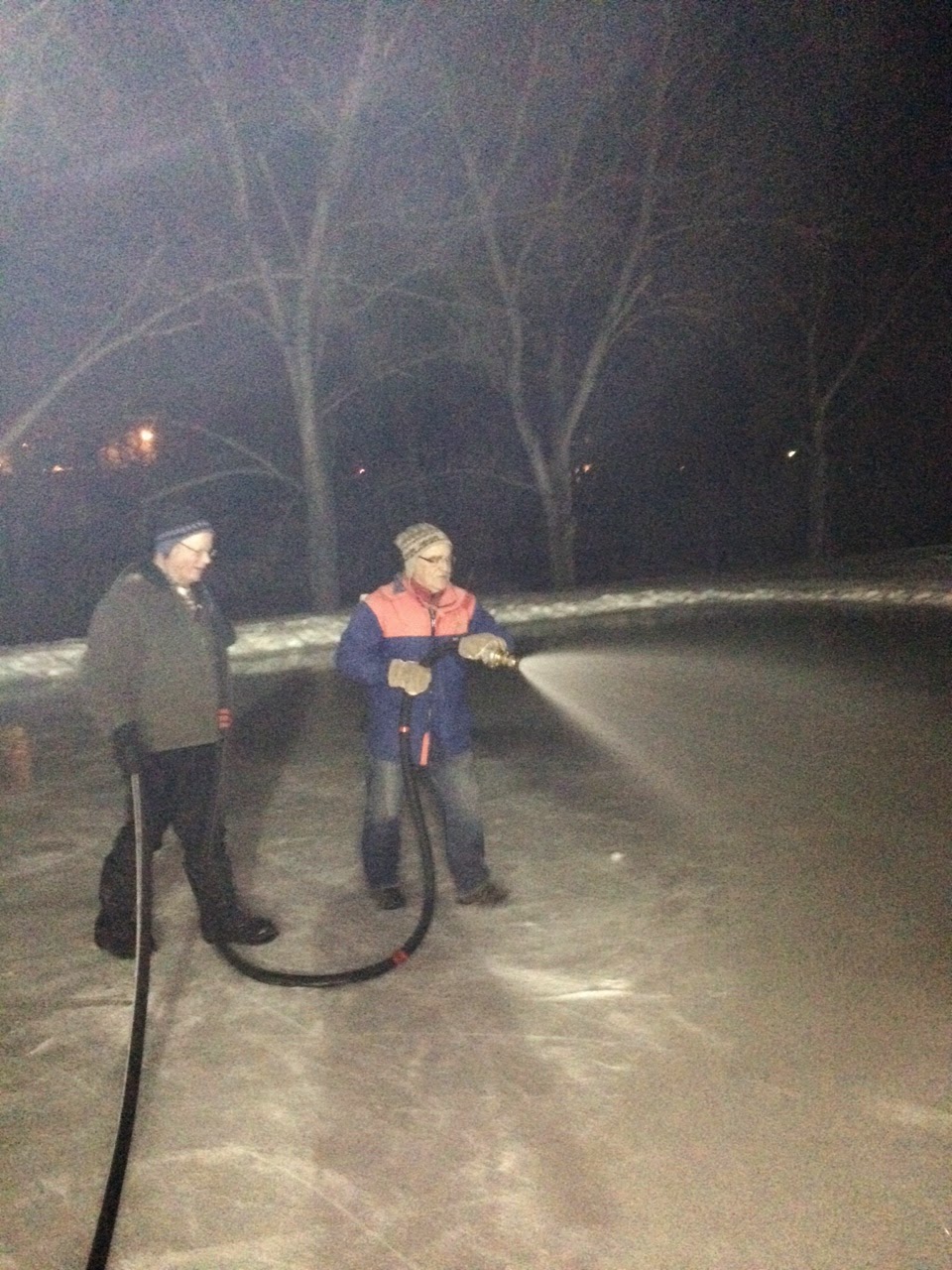 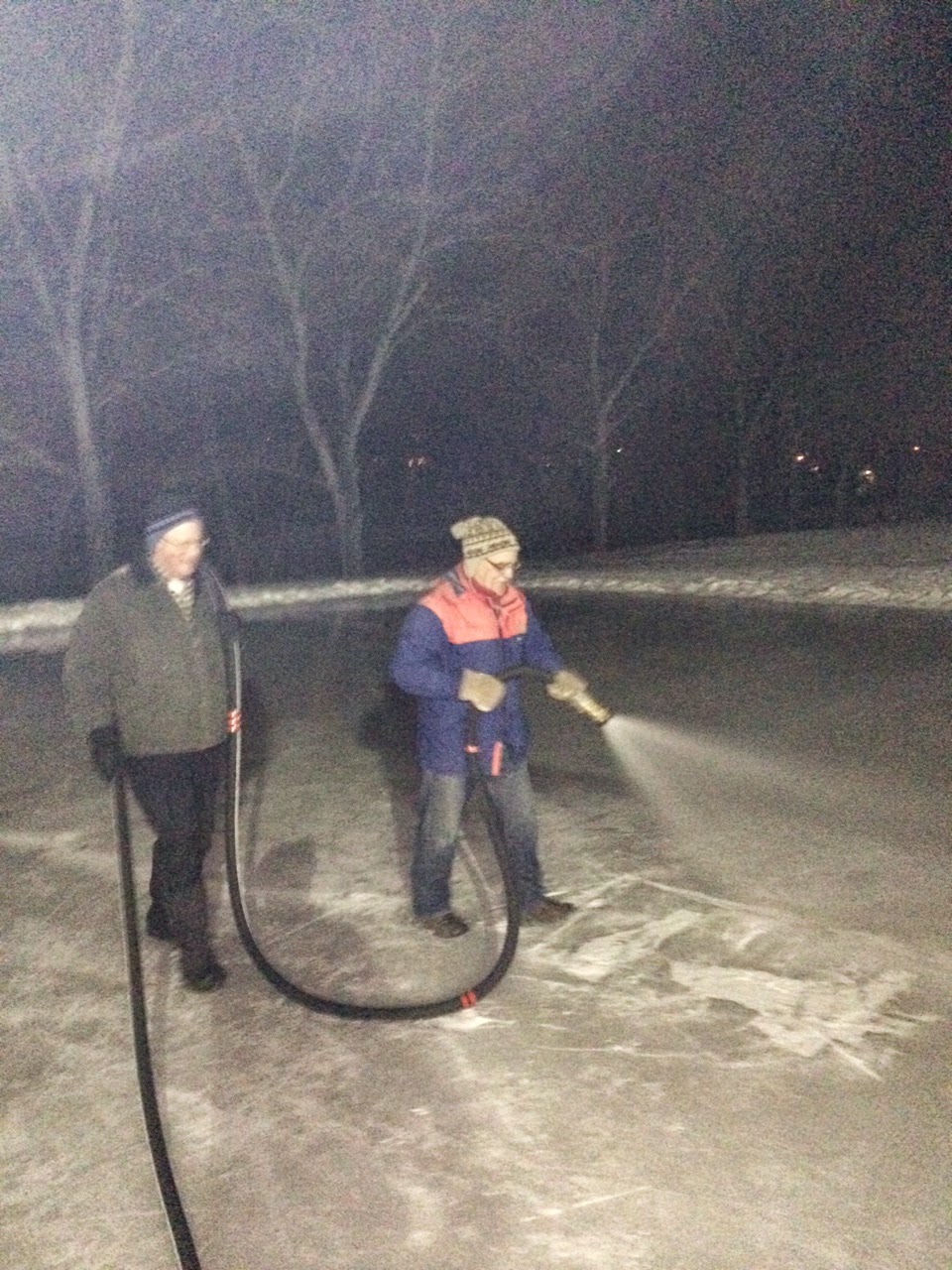 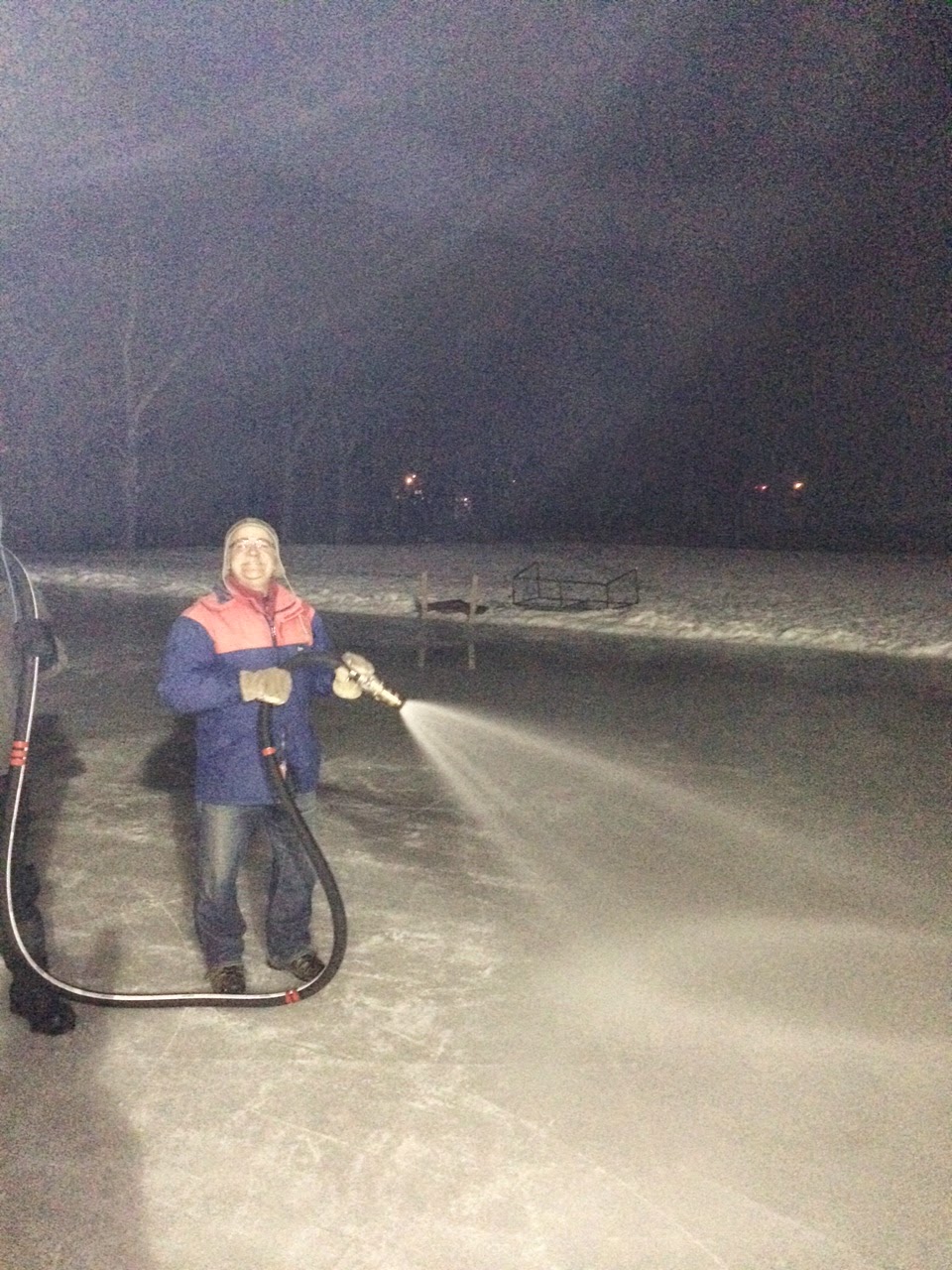 Posted by Kurt Westergard at 10:34 AM