Well, its been over eight days since we gave the rinks any water and they were both very thirsty.
Giving the rinks water last night were Bud, John, Kris, Peter, Bill, Jeff, Craig and Kurt.

Shinny hockey starts this Tuesday and we were able to hydrate the ice making it Rosemont Ready. 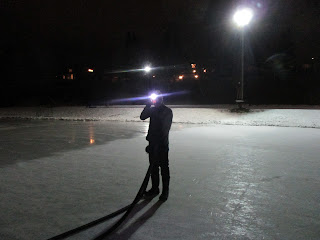 Jeff is showing us his new hat light. LED 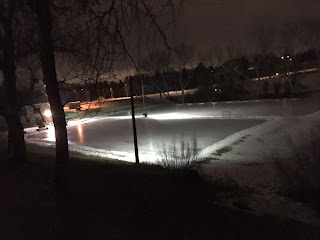 After two coats on the upper and Three on the lower 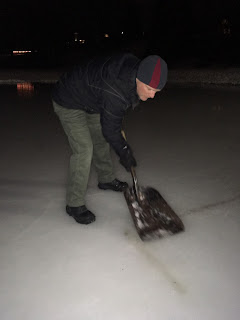 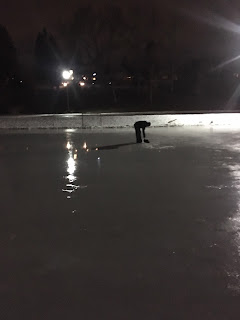 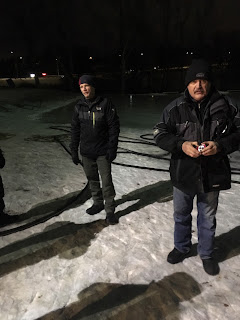 Posted by Kurt Westergard at 8:54 AM