This is the longest year in recent history.
These photos were taken yesterday as I was at the hall in the afternoon. Two young guys brought down there own shovels (ours are put away), and were in the middle of clearing off some snow to expose the ice.

I was a bit late in informing them that they should clear off the SOUTHWEST end of the ice, for it is much harder than the East end. Still good enough for these two to shoot the pucks around. 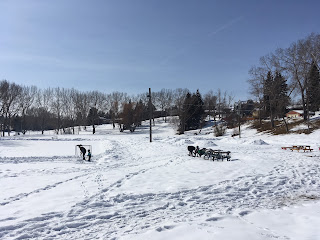 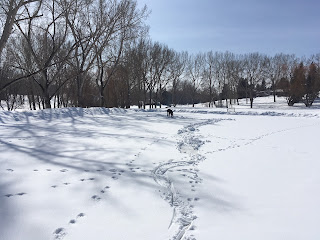 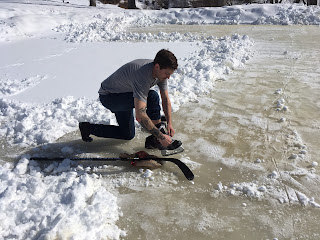 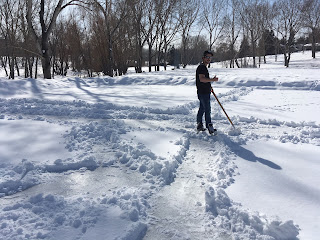 Posted by Kurt Westergard at 9:10 AM