Executive Decisions were made. 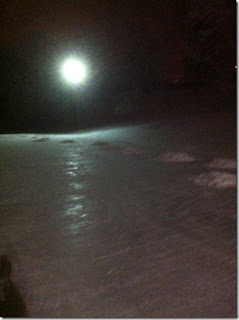 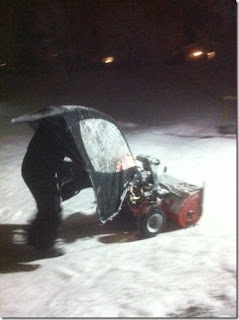 OK, We don't want to sound like we are complaining, but it was just Bud and Kurt on Thursday night after a snow fall. No coats where done cause it took us 1.5 hours to shovel and clear with Bruno the Blower. :( We cleared both rinks and made an executive decision to make the upper ice the "free skate" ice and the lower the hockey rink this year. The lower has always been better ice and by using it as the hockey rink, it will prevent puck damage to the hall .We did the "whoopez - dooles" on the northern hill( rough side ) of the upper half. Biagio suggested we Flood on Monday nights at 8 pm instead of Sunday's, that's a great idea because that way the weekend shakers aren't interrupted and the ice will be better for Tuesday night shinny.
Posted by Bud at 6:30 AM