Big thanks to a Big crew tonight. Bud (Cameo Appearance), Craig, John, Andrew G., Daniel, Matt (The New Guy), and Kurt. We showed Matt the ropes(well hose) on how we do things. He was able to get the whole package. Shovel, snow blowing, scraping, making the Whoopsie Doodles on the upper ice, flooding, reeling up and draining the hose, and trying some new cleansing ales.

Temperature was just right and the fire took the edge off. 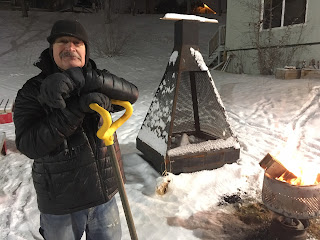 Man of the night; Buddy. Still able to lean of the shovel very well. 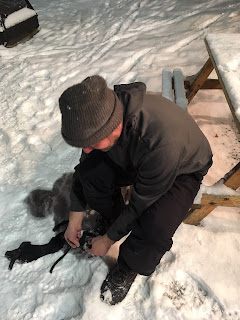 Matt, putting on the spare pair of grippers on his boots. Safety First eh? 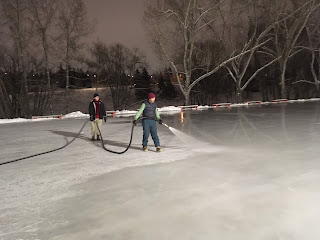 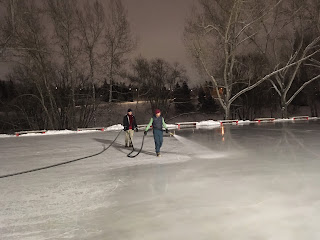 Daniel laying down a nice first coat. Andrew behind him second on the hose. 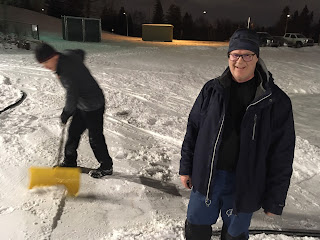 Craig gave John his shovel. John is showing everyone how to use it. 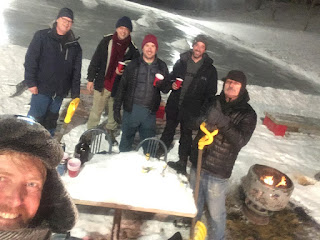 'da team warming by the fire. 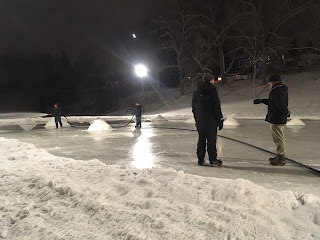 Made a few more Whoopsie Doodles. 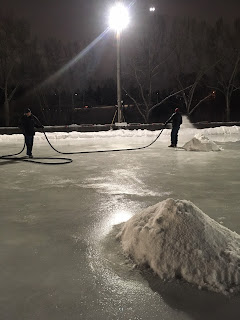 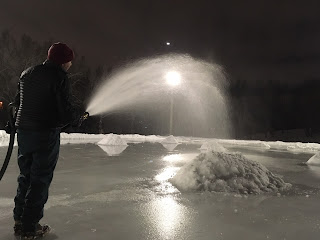 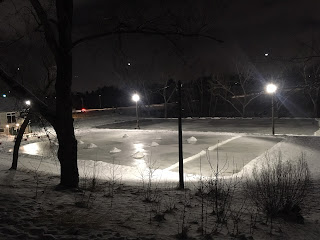 Finished up around 11:15 pm and looking real nice.

My ex-husband and I had always managed to stay friendly after our divorce in February 2017. But I always wanted to get back together with him, All it took was a visit to this spell casters website last December, because my dream was to start a new year with my husband, and live happily with him.. This spell caster requested a specific love spell for me and my husband, and I accepted it. And this powerful spell caster began to work his magic. And 48 hours after this spell caster worked for me, my husband called me back for us to be together again, and he was remorseful for all his wrong deeds. My spell is working because guess what: My “husband” is back and we are making preparations on how to go to court and withdraw our divorce papers ASAP. This is nothing short of a miracle. Thank you Dr Emu for your powerful spells. Words are not enough. here is his Email: emutemple@gmail.com or call/text him on his WhatsApp +2347012841542

He is also able to cast spell like 1: Lottery 2: Conceive 3: Breakup 4: Divorce 5: Cure for all kinds of diseases and viruses.